The Inkiri Community has in Damanhur – a community at the foot of the Piedmont Alps, in Italy, one of its greatest inspirations. There, in addition to a community life of more than 4 decades, we live in constant study on how to live together again.

Check out the schedule that happens during the visit of Damanhur’s ambassador in Inkiri Piracanga (the courses are independent, you can choose which ones you want to participate in):

Living together is an art and a human model that has been lost, according to the teachings of Damanhur Falco Tarassaco’s founder. He believed that as we cease to live in community, we disempower not only every individual who is a part of the whole, but also slow down collective evolution. But we still carry the cellular memories of this model of life and we can retrieve it.

At the Damanhur Community School, a 3-year training program guides participants through all aspects of building a community based on the diverse experiences of Damanhur members themselves and other affiliated communities.

In this 3-day introductory course, you will have a great learning foundation for building a community:

Identifying goals, forming a group, exercising leadership, and choosing the territory are some of the pillars covered in the Community School. The goal is to help people form harmonic and cohesive groups who know how to unite their values ​​and create partnerships with humility and resilience, creating a new reality in the way we live, helping societies and humanity as a whole.

Spiritual Physics and Humanistic Philosophy: Where Science and Spirit Come Together

Science and Spirit: We need both to live the entire expression of ourselves as human beings. We are now at a crucial moment – predicted by the founder of Damanhur Falco Tarassaco – in which the future of humanity depends on a new sacred history, one that explains how the physics of our natural world merges with the language of the soul and all its components (Which in Damanhur are called inner personalities).

In this course these two concepts are not divergent. On the contrary, we will understand what scientists in physics research in the invisible realms to understand the origin of matter. And as the “science of the soul” also delves into the mystery of creation along with the philosophy of the human intellect.

In the course, participants will explore the mysteries of our Universe and of the human being. Based on Falco’s knowledge-grounded research, we will cover the following topics:

The purpose of this course is to expand the perception of ourselves and life in general and from that understanding, to be able to create and promote lifestyles that are in harmony and balance with the universe.

Crotalus will be open for private therapy sessions on those days (paid separately and subject to availability). The Inkiri Community will also offer a program for the 2 days, for those who want to delve into water and body care, in the Course of Biodegradable – Secrets of the Plant!

On 27th, Crotalus will address the theme “Pre-Atlantian History and Ancient Civilizations of Humanity.” In this seminar, you will be taken to a historical journey through the changes in human history, the constant rebalancing of the forces involved, the creation of New alliances between human beings and deities and the origin of the different evolutionary aspects of human emergence on Earth.

Crotalus explains that the origins of life are far more distant than the widely known chapters of our history. “Our adventures begin beyond the confines of this planet and run through empires of stars, galactic federations, alien species and the civilizations of Atlantis, Lemuria, Mu and others we are just beginning to discover.”

The universe is much older than what is written in our history books. The understanding of this narrative gives access to dormant memories, knowledge that is within us and are fundamental if we are to consciously expand and complete the evolutionary project of the interior awakening that today we all participate as a human species.

Damanhur is a federation of communities that has around 1,000 citizens in more than 500 hectares of territory that covers the regions of Valchiusella to Alto Canavese, at the foot of the Piedmont Alps in Italy. Damanhur is an ecological society that values spirituality, individual and collective growth, contact with nature and all the forces of the spiritual ecosystem. With 40 years of experience in the theme of community life and the advanced spiritual and technological exploration of human potential, the United Nations has designated Damanhur as a model for a sustainable future. Damanhur is a center of research and Medicine and science.

The Damanhur Federation is also known for the Temple of Humanity, an extraordinary underground work of art dedicated to the awakening of divine essence in every human being.

Specialist in the area of spiritual healing, ancient civilizations and internal research, he teaches astral travel courses, past life research, internal harmonization and self healing.

In March 2016 he spoke at the United Nations for International Happiness Day representing the Damanhur Federation.

To take this course, please send an email to reservas@inkiri.com 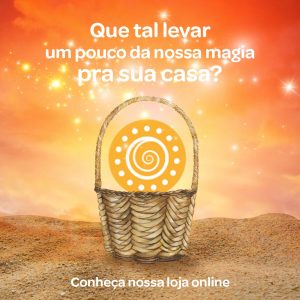 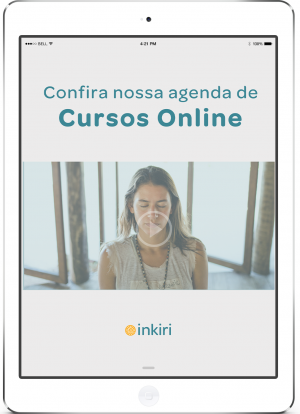